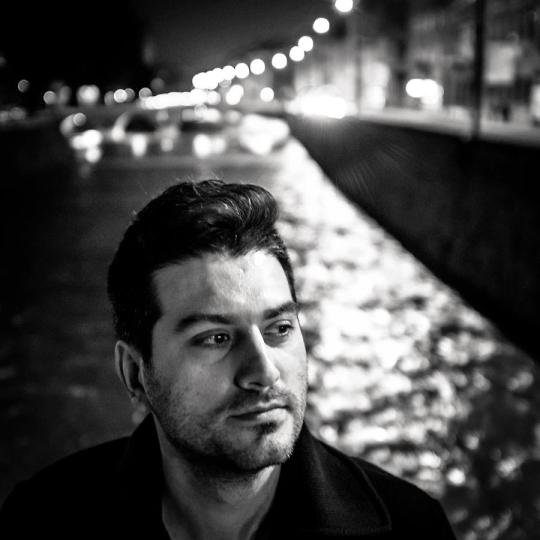 «This is the only way the art survives: by questioning, by surprise, by challenge»

A true revolutionary of genre.

Wisdom, sensibility and love for experimentation.

-When you hear the word «Sevdah», what feelings come to your mind?
-I’ve been living with it my whole life, so it’s not one thing that comes to mind. I think it’s crucial to understand that «Sevdah» changed it’s scope since the 19th century when the terminology by means of which we speak about traditional culture of the Balkans was formed. It used to be «just a feeling» (of love, loss, sorrow, melancholy). Today it’s a complex artistic genre that combines poetry and musical influences from the East and the West.

-How would you explain Sevdah to someone who knows nothing about it, its meaning and how to live it?
-A good thing about art is that you don’t need to explain it at all: you just show it or let people hear it! People react to it instantly and directly, or they don’t. No explanation will connect them to the music if music itself doesn’t connect. I play in front of people who don’t understand a word of Sevdah lyrics and they somehow understand. That is the power of art! Also, that is the power of Sevdah to overcome any ideological or political fashion of the day and attract new generations.

-Is there a limit on experimentation and modernization of the genre?
-Sevdah became a genre precisely because it changed in the past, because it sought new ways to adapt itself to the changed circumstances. Sevdah of today is no different: it changes and adapts itself to the demands of contemporary life but it also keeps some old ways alive. I agree with critics who see no Sevdah in the attempts of many who use this new wave of interest for traditional music in order to make a career for themselves. But I think criticism of conservatives goes just as far as to refuse any change and stupidly believe that only those particular tunes they are familiar with are THE Sevdah. They do that due to their own lack of knowledge. So, my answer is: no, there is no limit, but only in so far those changes are infused with taste, knowledge and understanding of the past developments.

-And what are, for you, the geographical boundaries of Sevdah when you are seeking inspiration or references? Throughout history, there have been songs, considered sevdalinkas, upon tunes from Sephardic tradition, Serbian, Macedonian, Montenegrin, Greek…
-For me Sevdah is not a mere repertoire, i.e. it doesn’t come down to a limited number of songs people argue about. Sevdah grew up to be a set of aesthetic, conceptual, artistic ways of connecting Eastern and Western ways of musical thinking. The same way, say, rebetika did. It proved to be so strong that it even can take a completely foreign song and perform it in the “sevdah way”. I tried to do it with the famous blues/jazz standard Summertime (released on Damir Imamović Trio: Abrašević Live, Samizdat, 2008). An interesting thing I discovered from that experiment is the following: when you take a developed genre from a dominant culture (say – jazz) and play in that style a traditional tune from a marginal culture (say – Bosnian) it is socially and artistically acceptable, even fancy! But when you reverse the procedure and play a jazz standard as a Sevdah tune, our first reaction to it is laughter. Laughter is an effect of a reversal of the expected: we laugh because our perception fails us! Incidentally, that is also a way we learn –by evading habitual, by evading expected. In that framework it is completely irrelevant where does the tune come from. Of course that the main body of the genre developed in and around today’s Bosnia and Herzegovina but we have to keep in mind that geography of that time was quite different. The today’s borders of the countries in the region are quite recent and we have yet to see what relevance they would have for cultural development. 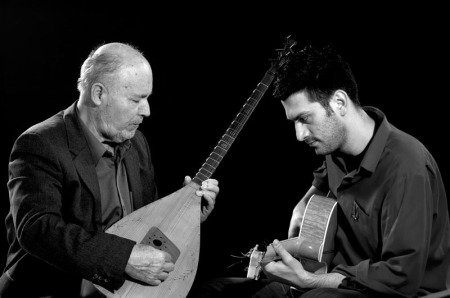 -What has the Sevdah given you, vitally and professionally?
-I understand Sevdah tradition as a school. Many important performers in Sevdah are the “giants on whose shoulders we stand” and because of their work we can see further and be stronger than as we would as mere individual performers starting from scratch. Even if people don’t consciously accept that today, they sing Sevdah in a particular way because some people before them developed it in that fashion. A life of a Sevdah performer is very dynamic. You perform, dig deep for the old records, archives, hang out with old singers and musicians, read a lot of different books that are of relevance to the genre. If you want to do it justice, it’s not “just a gig”. And it’s beautiful.

-And how do you think you have contributed to the history of the genre?
-It would be very presumptuous from me to meditate on this question. I started playing music professionally in 2005. Next year will be only ten years of my work on the scene. I’m very aware that dealing with Sevdah is a marathon and not a sprint. Ask me the same question in twenty years.

-Do you agree with the tag «New Sevdah», or do you think it is nothing more than a logical evolution?
-I don’t know, really. There’s been a lot of tags for what I do: fusion sevdah, new sevdah, contemporary sevdah, ethno­jazz (I puke on that one),… Some of them I even promoted and helped define and it later included some other performers who don’t share the same aesthetic inclinations. But however imprecise, I think these tags are needed because concert organizers, promoters, festivals, journalists, they all need them in order to mediate between audiences and performers. I’m sad to say that we still don’t have a new language to deal with traditional music in the Balkans. That is why people are stuck in a shallow language of “authenticity” (in Bosnian/Croatian/Serbian: “izvornost”), the language that comes from 19 nationalism. I hope we will have the strength to overcome that.

-Do the oldest generations understand the modernization of Sevdah?
-Yes, they do. Especially those performers of the older generation who themselves made an important contribution to the genre. They are aware that what people today consider “authentic” was a product of work of their and older generations. Sevdah of today is Sevdah codified by Ismet Alajbegović Šerbo, Zaim Imamović, Emina Zečaj, Jozo Penava, Jovica Petković, Safet Isović, Nada Mamula, etc. My teachers were Spaso Berak (one of Himzo Polovina’s main arrangers), my father Nedžad (bass player, author, singer and producer), Emina Zečaj (the legendary performer), Hašim Muharemović (saz player and singer, also an author of Sevdah), etc. All these people were always aware of the need to change and adopt new things. It really makes me sad to hear derogatory comments coming from the second rate performers who themselves never found strength to develop further than imitation. They are not able to understand the need of the younger generation to tear the Sevdah apart and collect it anew. That is the only way the art survives: by questioning, by surprise, by challenge.

-It seems that the genre has been doing very well in the recent years. Where can we find the future of Sevdah?
-It is a very good but also a challenging times. We never knew more about Sevdah, we never had more archives opened, we never had more freedom to play with it. Also, the international scene is open so we can find audiences throughout the world. It is easy to lost one way and to adapt oneself to the demands of the market. What I do is I think should be done: go back to the traditional ways, finding loose ends, reconnecting it in a new network, write new stuff, challenge yourself all the time via cooperation with diverse artists… We will see is it a good way…

-Throughout history, when has it been the best time for Sevdah?
-I think everyone would agree that so far the brightest moment artistically for Sevdah were those three decades from 1940s to 1970s. Sevdah as we know it today (despite all the developments prior to that) blossomed with the help of Radio Sarajevo and other radio stations in former Yugoslavia.

-And the worst time (by decline, musical arrangements, instrumentation with no sense…)?
-I think it came after music industry in Yugoslavia blossomed. It started in 1960s and continued all to the 1990s. Nationalism of the 1990s and later on also didn’t help the artistic side of Sevdah.

-Some say that the Sevdah, at times, has been close to Establishment; even speaking of gender as an artistic creation related to upper-middle class. Has Sevdah an ideology? Is it a genre, definitely, that belongs to the people?
-You cannot control art, ideologically or in any other way. It is an expression of freedom, a freedom to feel and think. The quarrels about ideological content of Sevdah are always quarrels about history and the role Sevdah had in it. I guess it is normal that we have a lot of interpretations. But it is funny that people sometimes see Sevdah as praise to patriarchy and other conservative values. The reason why they do that comes down to the mere usage of an archaic language. But when you look closer: most Sevdah songs testify against conservative values because they tell stories about deprivation, forbidden love and a human yearning to be free. You cannot tie that to a particular class, ethnicity, religion, gender or anything.

-Will there come a time when the big audience (international) will understand that the term «Balkan Music» goes beyond turbo-folk and fanfare?
-There is a strong brand of “the Balkans” in Europe and throughout the world. It is based on a very old image Europe had about it’s southern part: Turkish, fragmented, always in chaos, everyone is drunk, living a day by day. Many popular musicians used this image and created projects alongside this image even in the beginning of 1990s. That’s how you sell internationally: by giving people what they already expect. Nobody will buy a jazz band from the Balkans. If you come from the Balkans: you have to play trumpet at the rakija party. Balkan music and its parties became a license for otherwise well mannered Europeans to get drunk like crazy once a week. To turn that into something else will be a challenge. But I’m not afraid of that challenge: I had to go through the similar process in Bosnia and in former Yugoslavia scene. When I started back in 2005, nobody played Sevdah for seated audiences. It was a time of Mostar Sevdah Reunion who played parties and the very notion of me playing concerts for seated audiences was the first revolution I had to do.

More conversations about Sevdah in Sevdalinkas